1.) Fredrick Douglass was born in February of 1818 and died on February 20, 1895. Douglass had major criticism on American society especially being a slave growing up. Douglass escaped from slavery in September of 1838. In 1841 Douglass delivered his first speech on Anti-Slavery and criticized the American society for having slavery.

2.) Fredrick Douglass had one very effective method of trying to improve the American life. This method was public speaking. Mostly because it came from an African-American male who went through all the hardships of slavery and how he tells stories of escaping and cruelties of slavery. There were some white abolitionists but, they did not have as much persuasion to end slavery as Douglass did for the reason that he went through all the things they were talking about and it meant so much more to him just for this reason.

3.) Fredrick Douglass had great success in promoting reform. He went to all the Ant-Slave rallies and gatherings he could and spoke from his heart on what he thought about slavery. He inspired so many people in America at that time to abolish slavery through his speeches and stories. He went down in history as a role model to get rid of slavery and his efforts will be forever remembered.

4.) Some very interesting details about Douglass' works are that he was put through so much hardships in slavery from being beaten to getting split from his family and even arrested from trying to escape his first time, which was a failure. I also find it interesting that he goes and speaks at Anti-Slavery rallies and gatherings knowing there is a chance he might get caught and brought back into slavery this show a lot of guts and the drive to want to change the society not only for him but for future generations of enslaved people.

6.) Fredrick Douglass had a huge lasting impact on American society because he inspired so many people to follow his actions in trying to abolish slavery and he really sparked the Anti-Slavery feeling in many people. Coming from a former enslaved person all his speeches and stories meant so much more to people because it was from direct experience. He went down in history as a uniquely great American icon and a role model to so many people. Not only to African Americans but to whites as well. 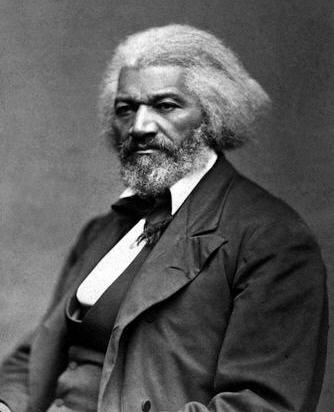