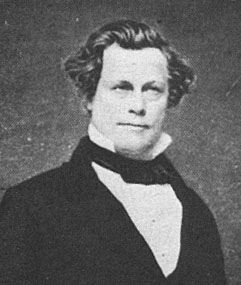 1.)Elijah Lovejoy criticized American society. Elijah Lovejoy was strongly against the use of slaves and the mistreatment that they endured.

2.)Elijah Lovejoy was a writer for a well known newspaper called the St. Louis Observer. In order to get his opinions across to others, Elijah wrote in his editorial section against slavery. Because Missouri was a slave state, others were angered at the thoughts Elijah put present to the public. The St. Louis Observer then decided to move its newspaper to Louisiana. Before Elijah moved, he was angered at the fact that a black man was burned to death for killing two guards trying to escape the jail. The black man was killed by a mod with no trial. He took his anger out in the Observer. As the trial took place, the judge ruled that Elijah was to blame because he angered the mobs with his anti-slavery columns. Elijah continue to write strongly about the judge and his unfairness. As the mob then attacked Elijah by ruining his printing press, He moved to Illinois, hoping to continue writing but then suddenly figured out that no one in Illinois would accept him. Them too, were ruining and burning his printing pressers.

3.) Although Elijah was rejected by many and printing presses were destroyed every time he bought a new one, he had a very big success in promoting no slavery. He became a symbol for other reformers. Ambitionists honored his actions and used his name in a way to promote the end of slavery.

4.) Lovejoy was a very interesting historical figure. The one thing that is shocking about him is being an Ambitionists, especially when he lives in a slave state. Also, no matter how many times he was shut down, he kept pursuing his opinions and making sure people were able to understand what he was trying to get across. He also went against state with only a few followers.

5.) Elijah became a symbol for Ambitionist. He was honored for every action he took and his writing. Followers continued to push his ideas forward due to his unfair and unjust death.